Women Who Inspire Us Every Day

Happy International Women's Day 2018! Today we celebrate the empowerment of women and embrace this year's 'Press For Progress' theme. We have chosen 4 women who inspire our all-female workforce every day, for very different reasons, with a little insight into their achievements.

‘An agent said he didn’t know what to do with me, I wouldn’t be able to play any parts but lesbians and aliens.’ ⭐️

Firstly, the goddess that is Allison Janney played The West Wing’s C.J. Cregg, the greatest character in TV history. She had us at ‘Women seeking abortions should not be required by law to be lectured.’ ⭐️

Multiple accolades followed for her work in The West Wing, Masters Of Sex, Veep, Mom and films including American Beauty, Juno and The Help. ⭐️

The fabulously talented actress has swept the boards this awards season for I, Tonya - completed by her first Oscar nomination and win. ⭐️

We couldn’t be happier for this amazing, beautiful, humble woman - we’ve been huge fans since the 90’s. ⭐️

Allison’s commitment to the Times Up movement, Women's March and her support for animal rescue charity Best Friends makes us adore her even more. ⭐️

We love you Allison Janney, and we’re playing ‘The Jackal’ today in your honour. ⭐️

The legendary Carl Bernstein once said that ‘the real purpose of reporting, of journalism is to illuminate what is real, you know, real existential truth. What’s going on around us? That’s not sensationalism, that’s not manufactured controversy....’ ⭐️

With the palpable war on the press and a former President's assertion that the media ‘is the enemy of the American people’, it’s probably more important than ever for journalists to be good at what they do. ⭐️

Nima Elbagir has certainly been doing her job and doing it unbelievably well. ⭐️

At the end of last year, the CNN reporter shocked the world with her undercover reporting on human slave auctions in Libya. ⭐️ Economic migrants and refugees fleeing to Europe were getting as far as Libya, where a crackdown on boats by the Coastguard left a ‘backlog’ of passengers in the smugglers’ hands. This lead to a ‘master / slave’ relationship between the traffickers and migrants. ⭐️ Nima’s concealed cameras captured the auctions and the footage has since been handed to authorities. ⭐️

Last month, Nima again went undercover, this time in Nigeria where she arranged to have herself smuggled to Libya and eventually Europe. ⭐️ She was offered condoms for her journey and warned ‘don’t struggle if you’re raped.’ ⭐️

UNICEF had previously reported that nearly half the women and children travelling on the Central Mediterranean migration route had experienced sexual abuse. ⭐️

It’s easy to get swept up in news of the latest IPhone, Kardashian baby or royal wedding. Hell, we love a good wedding and never miss an episode following our favourite family but there are much more important things transpiring and we rely on journalists like Nima to shine a light on these issues, often putting their safety at risk in the process. ⭐️

We love you Nima. We thank you for your work and international reporting. You have our attention and the importance of your craft cannot be overstated. ⭐️ 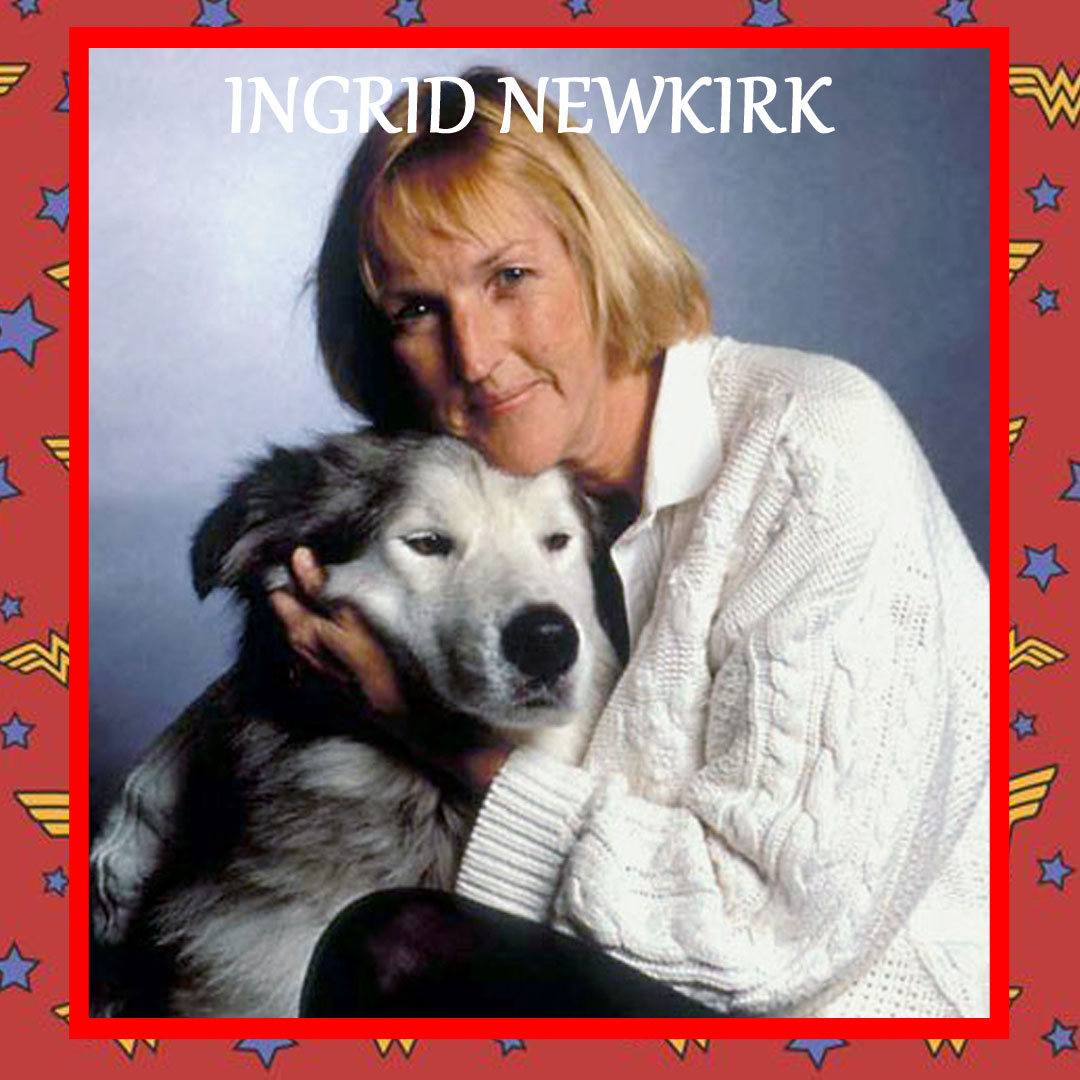 ‘Animals are not ours to eat, wear, experiment on, or use for entertainment.’ ⭐️

The founder of PETA doesn’t shy away from controversy and has been an outspoken animal rights activist for decades. ⭐️

Her undying commitment to stop animal suffering and abuse worldwide is incomparable, unafraid to tackle any kind of animal abuse issue. ⭐️

The President of the world’s leading animal welfare organisation has convinced companies to replace their animal testing with non-animal alternatives and single-handedly taken on the fashion industry concerning fur, leather and wool. ⭐️

PETA’s extraordinarily long list of achievements includes successfully campaigning for a ban on the shooting of cats and dogs in military wound labs, a worldwide halt to car-crash tests on live animals, the closure of elephant rental companies, helping to bring about the end of Seaworld’s orca-breeding program, forcing unprecedented reforms to horse-racing tracks and persuading India to ban animal-tested cosmetics from being imported into the country. ⭐️

Ingrid’s relentless campaigning and dedication to animal welfare has brought so many issues to the forefront of our consciousness and has influenced us to make significant, positive personal changes. ⭐️

We love you Ingrid. We thank you for helping to educate the world, taking on powerful corporations and campaigning every day for those who have no voice of their own. ⭐️

We have to confess to being utter netball freaks. We watch it religiously and (attempt to) play a match each week (queue multiple aches and pains every Wednesday morning, 1 trip to A&E and several applications of Ibuprofen gel). ⭐️

Our female sporting hero is the formidable Serena Guthrie. The Jersey girl’s supreme athleticism has helped to lead the England Roses to victory in the Fast5 Netball Series, was voted last season’s MVP for her Australian based Giants team and in 3 weeks, 5 days and 10 hours, will be representing England in the Commonwealth Games, in which the supremely talented team are expected to medal. ⭐️

We are in awe of this lady’s dedication to her sport and cannot wait to see her sneak many an interception from the Aussie Diamonds, New Zealand Silver Ferns and Jamaica’s Sunshine Girls. ⭐️

In 2016 Serena founded the Legacy Netball that aims to empower girls and women through netball. ⭐️

We love you Serena and we thank you for inspring us to get active and ‘back to netball’. We will be up throughout the night to watch every one of your matches, cheering you on at the Gold Coast Games. Come on The Roses! ⭐️

LOOKING FOR THE PERFECT HAIR?